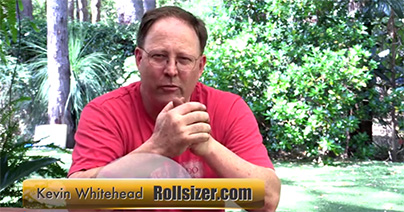 The rollsizer.com business started out of a genuine personal need to be able to process and reload brass quickly, reliably without problems. the initial idea started in mid to late 2014 as a need to size 357SIG cases as the standard methods did not provide reliable case formation, magazine performance or consistency in accuracy / performance on the range. The limitations of reloading presses, dies and various “bulge busting” options were looked at and none could reliably reshape the brass back to the OEM or factory case dimensions. So what did we do? We made our own machine and made lots of versions along the way with different levels of results. The rollsizer.com business formally launched in 2017 and has expanded and grown ever since with the addition of the DC and manual rollsizers. most of the original rollsizers sold in 2017 are still in use. The use of rollsizing in brass processing is now mainstream and is considered a baseline minimum process in all quality remanufactured brass and ammunition.

The Automatic decapper was launched in 2021 and despite it being designed as a domestic machine it is in use across many commercial businesses as well as competitive shooters.

Kevin is a Mechanical Engineer with over 30 years experience in design, fabrication and manufacturing. He is a Master Graded competitive shooter and regularly competes nationally and internationally including representing Australia (when we can get to matches….COVID is not helping). As an active competitor Kevin is very much aware of the importance of reliable ammunition in our competitions, a single 3 second delay due to ammunition can loose a podium slot.

Kevin is also the father of the Rollsizer.com sponsored shooter Paul Whitehead. Paul is the current Australian Standard Division Champion (2021, 2022) and is a GM graded shooter with a custom 2011 supplied by Robert Griffirth Gunsmithing in Western Australia.

Paul is a Practical Pistol Shooter (IPSC) who achieved holster qualification at the Orange Grove Shooting Association pistol club in Perth, Western Australia at the age of 11.
Since then, he has competed in 5 Australian IPSC nationals, Far East Asia match in Indonesia, USPSA Nationals in the USA, Australasians in the Philippines, the Canadian IPSC Nationals in Vancouver as well as multiple local and regional matches.

Paul has and continues to compete and represent both Rollsizer.com and is a full time employee in the Rollsizer.com business in the fabrication, assembly and testing of our machines prior to shipping.

Paul was selected to represent Australia the 2016 IPSC Australasian competition in Surabaya (at the age of 14 which makes him one of the youngest ever pistol shooters ever to represent Australia) and despite being hospitalised during the match for a stomach bug, he came a very credible 22nd out of 91 competitors outright and still took out 3rd Junior in Standard division. In addition, Paul and his father also took out first place with his father in the inaugural family medal award which is the highest combined score of both parent and junior.

Paul has won the Australian IPSC Junior Standard Division Champion, 7 years in a row and is the current Australian Champion, a title he has held for 2 years (2021 and 2022). he is a current GM graded shooter
Paul is a member of the Western Australia Mens standard division Gold team and the Australian Mens team representing Australia at the upcoming 2022IPSC World Titles in Thailand in November 2022.

We look forward to seeing how he continues to develop and promote the shooting sports.